Laparoscopy is a surgical procedure that involves insertion of a narrow telescope-like instrument through a small incision in the belly button. This allows visualization of the abdominal and pelvic organs including the area of the uterus, fallopian tubes and ovaries.

What is laparoscopy used for in women with infertility?

This procedure allows us to determine whether there are any defects such as scar tissue, endometriosis, fibroid tumors and other abnormalities of the uterus, fallopian tubes and ovaries.

If any defects are found then they can sometimes be corrected with operative laparoscopy which involves placing instruments through ports in the scope and through additional, narrow (5 mm) ports which are usually inserted at the top of the pubic hair line in the lower abdomen.

Because of the cost and invasive nature of laparoscopy it should not be the first test in the couples diagnostic evaluation. In general, semen analysis, hysterosalpingogram, assessment of ovarian reserve and documentation of ovulation should be assessed prior to consideration of laparoscopy. For example, if the woman has a clear ovulation problem or her male partner has a severe sperm defect then it is unlikely that laparoscopy will provide additional useful information that will help them conceive.

Laparoscopy was part of the standard female infertility work-up until the mid 1990’s. Before then most reproductive endocrinology and infertility specialists did laparoscopy prior to using gonadotropins for superovulation of the ovaries as a fertility treatment. However, this tradition has been challenged as being of questionable benefit when assessed by its cost-effectiveness and invasiveness.

Fertility clinics are doing far less diagnostic laparoscopy today than in the 1980’s and 1990’s. Much of this is due to the major advances in IVF technologies and the resulting increases in IVF success rates. Couples are carefully considering the costs of fertility treatments for women. They are asking for insemination treatments and in vitro fertilization, but are usually not interested in having diagnostic surgery.

Learn more about Inseminations vs. In Vitro Fertilization

Certainly, some small percentage of women would have a correctable problem found at laparoscopy that would not be discovered with any other fertility screening test. However, in the large majority of cases, the laparocsopy does not significantly change the couple’s fertility potential – or change the treatment plan going forward.

Traditionally laparoscopy has been performed in the hospital operating room. Recently there has been a substantial push in the U.S. for medical cost-cutting. One of the many changes that has come about as part of this is that some physicians have done laparoscopy in their office rather than in the hospital operating room. Thus far, this has been performed by a small percentage of physicians nationally.

The only advantage to performing laparoscopy in an office setting is reduced cost. The potential advantages to performing the procedure in the hospital or surgicenter setting includes the fact that when general anesthesia is used, larger instruments can be used and operative correction of problems can be readily performed.

Very little operative laparoscopic work can be performed in the office setting because the pain associated with any dissection performed using local anesthesia and IV sedation. Therefore, if a woman undergoes diagnostic laparoscopy in the office and severe endometriosis, or pelvic adhesions, or tubal damage is discovered – it is likely that the woman will require a second procedure in a hospital or surgicenter setting if an attempt at surgical repair is desired. This is an advantage of hospital laparoscopy over office laparoscopy.

Is it a big procedure? How much work would I miss?

In this country laparoscopy is usually done with general anesthesia (you go to sleep) although it can be done with local anesthesia and in many parts of the world local is the preferred technique.

The procedure usually takes between 20 minutes to 2 hours depending upon how much operative corrective work is required. A complicated case could take up to 4 hours or more.

The woman is generally discharged home from the hospital approximately two hours after completion of the surgery. The woman will usually need to take off an additional 1-2 days from work following the procedure. Mild to moderate pain should be expected to last for up to 7 days or so after the procedure.

Complications associated with laparoscopy include the possibility of damage to other structures in the pelvis such as the bladder, ureter, bowel and blood vessels. Unexpected open surgery (larger incision) is always a possibility, but is very uncommon.

Any surgery can have an anesthesia-related complication or be associated with post-operative infection, such as a skin infection at an incision site.

Fortunately, all of these complications are very unusual when laparoscopy is expertly performed on healthy women. 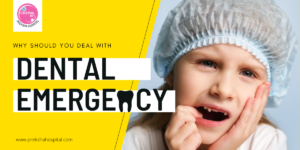 Why Should You Deal With A Dental Emergency Immediately?

June 25, 2021
In general we sense many kinds of pain related to the body, out of which some are tolerable but some...
Read More
dental emergency 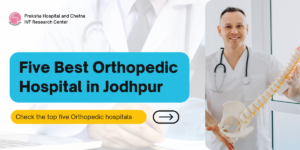 June 14, 2021
It is true that learning medical terms is as difficult as finding the best orthopedic doctors when needed.  Many people...
Read More
Orthopedic hospital in Jodhpur 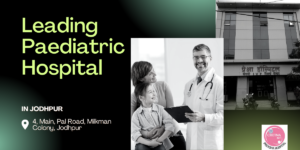 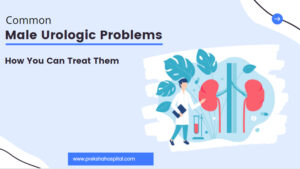 Common Male Urologic Problems and How You Can Treat Them

May 17, 2021
How body function is kind of a gift and likely hard to understand, but, thanks to the human brain and...
Read More 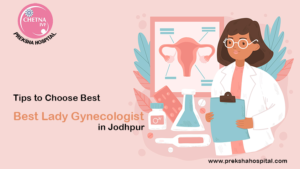 May 15, 2021
Simply said, Gynaecologist are those medical professionals or doctors or medical specialists who have niche experience or specialization in the...
Read More 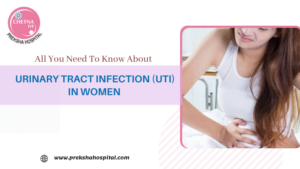 Want to chat with us?